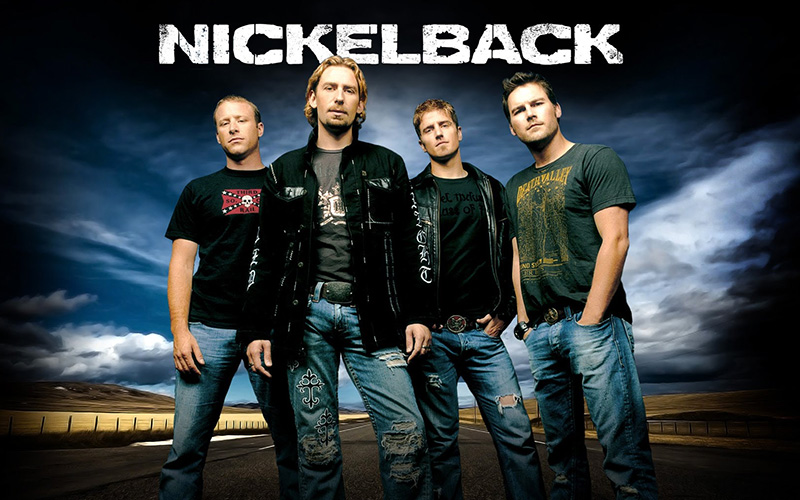 Getting a DUI sucks. I know more than a couple of people who have had to deal with this (maybe I should find better friends?) and have seen firsthand the impact it can have on a person’s life.

Kicked out of school, loss of license, having your driving privileges stripped, and those are just the immediate consequences. Not to mention potential jail time and having that black mark on your record.

It’s safe to say everyone knows getting a DUI sucks, and one police department in Canada just announced they’re making it even worse with a cruel and unusual punishment. 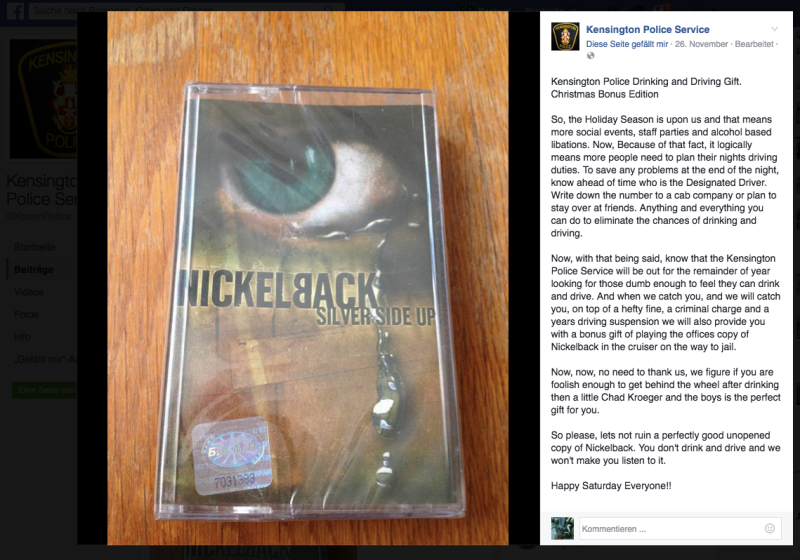 In a message posted on Facebook, which has since been removed (shout-out to screenshots!), the Kensington Police Dept. in the Canadian province of Prince Edward Island (P.E.I.) warned that anyone caught driving under the influence will not only be subject to the normal litany of fines and punishments, but they will also be subjugated to listening to the Canadian band Nickelback while being taken to jail.

Ouch. So unless you want to be forced to listen to this on your way to jail (DISCLAIMER: Listen at Your Own Risk)…

You better find a DD or call an Uber if you find yourself in Kensington this holiday season. People shouldn’t need this kind of downright inhumane motivation not to drink in drive, but hey, if it helps keep even one person safe this year, then I support this cruel decision by the Kensington Police Department.

You hear that, David Grohl? They do serve a purpose afterall.

Canadian Police Threaten to Punish Drunk Drivers With Nickelback Music on the Way to Jail is a post from: Gossip On This – Pop Culture, News, Videos & Humor