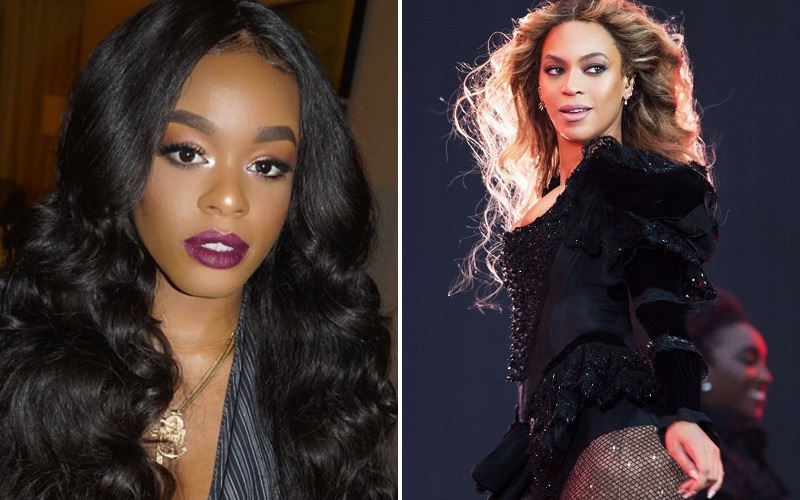 Azealia Banks must have really been feeling the Christmas spirt this year (or had too much eggnog). The rapper who is known to start random one-sided beefs with celebs who barely know her offered a mea culpa to the one and only Beyoncé.

Earlier this week, Banks apologized to Beyoncé on Instagram for being critical of her masterpiece visual album, Lemonade, and overall artistry. Banks admitted that her hateration stemmed from “feeling left out.”

“Beyoncé, I apologize for throwing tantrums in the past. They totally came from a place of feeling left out. you’ve inspired so much of the way I think about/value you myself as a performer and I ADORE you. Your presence in the art world and on earth is supernatural and am so so so inspired by you

…Thank you for always making the little black girl in me smile. You’ve truly always been a beacon of light for me and I’m so so humbled by this.” 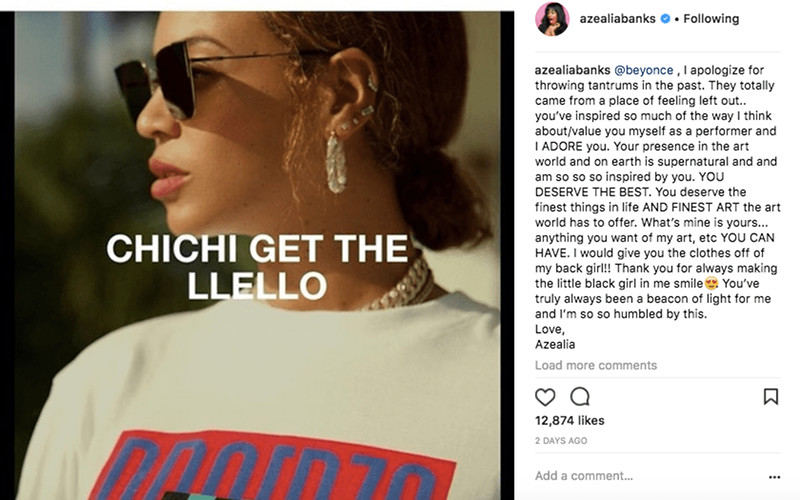 I’m not sure if the “apology” was sincere or just Banks up to her usual tricks because if you blinked, you may have missed the post. She deleted it from her account and hasn’t mentioned Beyoncé since.

Banks attempted to come for Queen Bey back in 2016 following the release of Lemonade. In a series of tweets, she slammed the singer for perpetuating the “heartbroken black female narrative” and that she was the antithesis of black feminism.

Banks said that she had never seen Beyoncé fight for social justice like she claimed with “Formation” and went on to accuse the singer of stealing artistic ideas and that she sold her soul to sell more records.

The one-sided beef was sparked in 2013 when Banks was invited to submit a verse for Beyoncé’s then-untitled fifth album, Beyoncé. However, Banks did not make the final cut of the album and Beyoncé was added to her growing list of enemies.

Azealia Banks Offers Apology to Beyoncé for Criticizing Her Artistry, Says She Felt Left Out is a post from: Gossip On This – Pop Culture, News, Videos & Humor