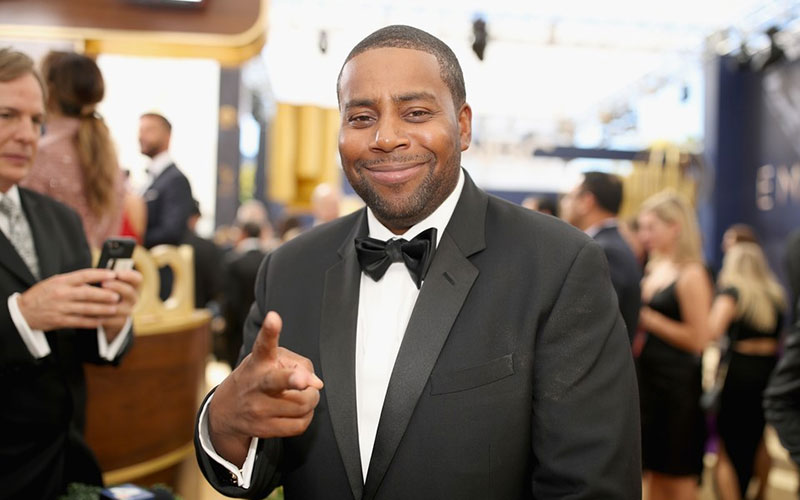 Kenan Thompson is the longest-running cast member on Saturday Night Live … EVER.

After sixteen seasons on the show, Kenan won his very first Emmy recently, and now, there are reports that he could be leaving his longtime post on the popular sketch comedy show in favor of his own sitcom on NBC.

According to The Hollywood Reporter, Thompson is eyeing a starring role in his own NBC show called Saving Larry, which will be produced by SNL head honcho Lorne Michaels and Superstore writer Jackie Clark. Thompson will executive produce the series alongside Michaels and Clark. Should Saving Larry move to series, Thompson would likely exit Saturday Night Live. Sources close to NBC and SNL stress that no decision has been made about Thompson’s future.

It’s worth noting that Saving Larry — which stars Thompson as a father who is left to parent his kids after the death of his wife, with his father-in-law hovering over him — still has to get picked up to pilot and then to series. Ultimately, a final decision would come closer to May when NBC makes its series-order decisions.

That said, SNL castmembers always wind up exiting the show when other projects are picked up to series (see Andy Samberg with Brooklyn Nine-Nine and Bobby Moynihan with Me, Myself and I, among others).

“I think about leaving and I fear it,” Thompson told THR’s Awards Chatter podcast in June. “This is such a special place, you want to do your part here, but you also want to make room for people that are coming behind you. This was the first year I really started feeling like, ‘OK, I could push out of it now.’ Chris Redd is super-duper strong, and I really look forward to his potential on the show. That was the first time I thought, ‘Maybe I should give this dude more room.’ If that’s the case, then it might be time to move on.”

It’s worth noting that Thompson has been a part of several other comedies that would have seen him leaving SNL over the years, however, none of them moved to pilot or series.

The comedic actor, who started his career in scripted comedy with Nickelodeon’s All That and the spinoff Kenan and Kel, previously teamed with his SNL boss Lorne Michaels in 2012 for an NBC single-camera family comedy that never saw the light of day.

However, if NBC does decide to order the series after seeing how the pilot performs, that would most likely mean the end of Thompson’s longtime tenure on SNL, because it would be virtually impossible for him to do both.

After 16 Seasons on “SNL,” Kenan Thompson Could Be Leaving to Star in His Own NBC Sitcom is a post from: Gossip On This – Pop Culture, News, Videos & Humor

September 25, 2018
Celebrity Gossip No comments Celeb
← Jesse Williams Made a Nike Meme to Promote His New Emmett Till Movie, and Twitter Was NOT Here For It OH, SHE THICK THICK: Watch Doja Cat’s First Live Performance of “Mooo!” →