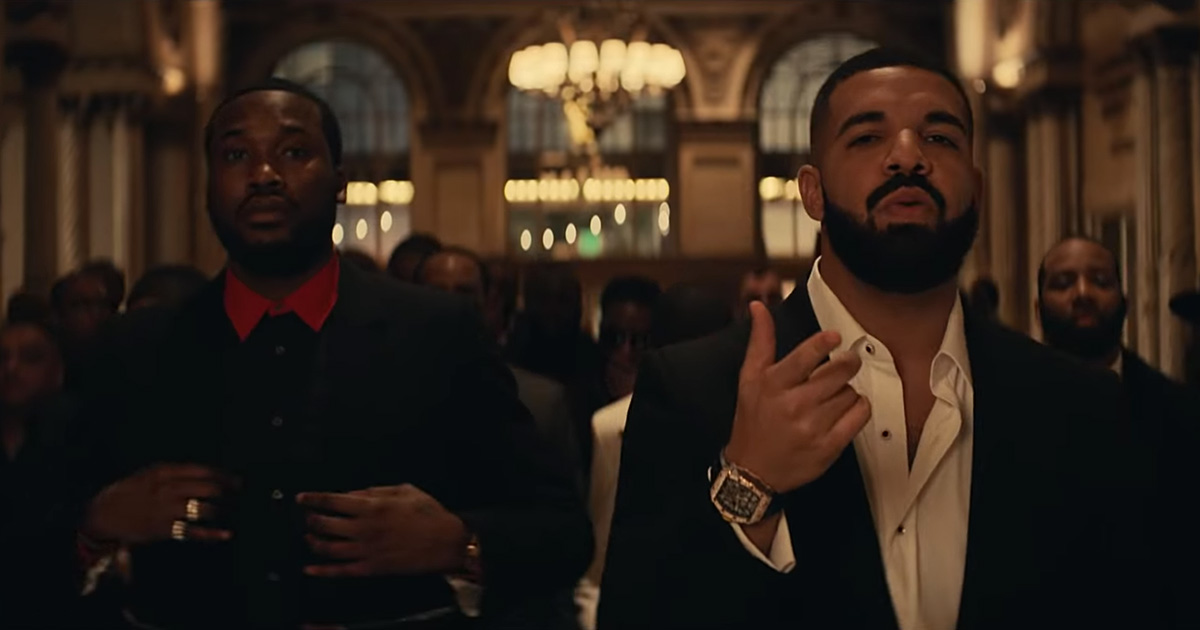 For the first time since their highly publicized beef, Meek Mill reunited with Drake on wax with “Going Bad” in November, which appeared on his Championships album. Now, they’ve dropped the official music video for the collaboration, proving that their beef is really a thing of the past.

Directed by Kid Art, the video finds Meek and Drizzy showing off their big baller lifestyles as they race through the streets in Phantoms before eventually crashing into each other. They both had their seatbelts on, btw, in case you were wondering.

“I think it took both of us going through some ups and downs, me in my career. It made me stronger,” Meek told Vulture. “I’m moving off love right now, so it was only proper to link with someone I actually did business with before and called my friend before.”

Meek Mill & Drake Get Suited & Booted With the Crew in “Going Bad” Video is a post from: Gossip On This – Pop Culture, News, Videos & Humor