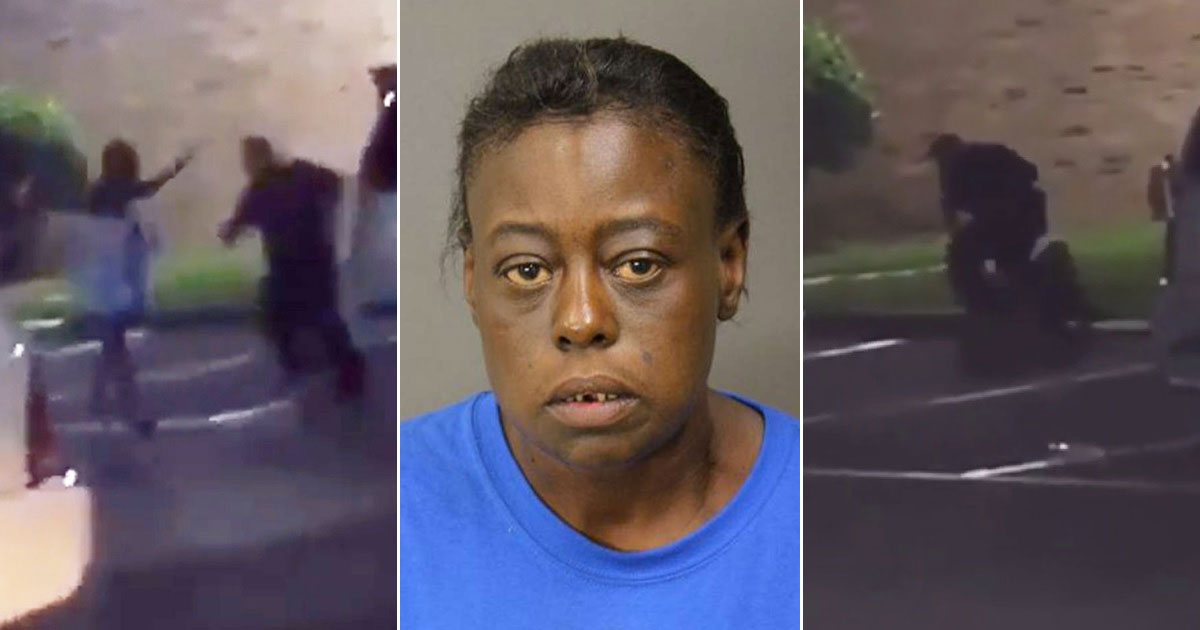 A mother is dead after a confrontation with a police officer ended when he fired multiple shots, while she lay on the ground yelling, “I’m pregnant.”

The fatal police-involved shooting happened Monday night (May 13) in the Houston area of Baytown, Texas.

44-year-old Pamela Turner was walking to her apartment when an officer attempted to arrest her for outstanding warrants. The two began to struggle and the officer deployed his Taser. Turner somehow got ahold of the Taser and Tased the officer.

The officer then drew his gun and proceeded to shoot multiple rounds while standing over Turner as she lay on the ground.

In cellphone footage of the incident, just moments before being shot to death, Turner yelled: “I’m pregnant!”

The officer performed CPR on Turner, but she was pronounced dead on the scene.

In an effort to defend the officer’s deadly actions, Baytown Police Lt. Steve Dorris claimed that the officer—whose name has not been released—feared for his life because Turner Tased him (which was exactly what he was trying to do to her).

“Our officer was tased, and you have to understand what a Taser is. It’s a weapon designed to incapacitate people. The question is: ‘Was the officer in fear for his life?’ I think a logical person would say yes,” Dorris said.

An eyewitness captured the shooting on video and it was shared online, going viral on platforms such as Facebook and Twitter.

Dorris seemed to take more issue with the video going viral than the fact that a 44-year-old mother was just shot and killed.

“It’s unfortunate that somebody takes a tragic incident like this and posts it on social media,” said Dorris. “It’s extremely disrespectful for everybody involved, but that’s the day and age we live in with social media.”

Due to “prior dealings” with Turner, the officer knew there were outstanding arrest warrants against her. Court records show Turner had two warrants for criminal mischief and one for assault resulting in bodily harm.

Turner’s sister Antoinette said that she had a history of mental illness and was currently taking medication for schizophrenia.

However, neighbors told reporters that she was not a threat.

“Sometimes you would see her, you know, get into it with people around the apartments, but nothing too, you know, bad,” Raquel Cuellar said. “It’s just, you know, just typical her. She’s not a bad person. She didn’t hurt nobody.”

“She would walk her dog. That’s all she did was walk her dog and pick up trash,” said neighbor Jonathan Little. “She didn’t mess with anybody. It was just her and her dog.”

Antoinette also said that her sister was NOT pregnant as she had claimed just before being shot. Police also said an autopsy confirmed that Turner was not pregnant.

Turner did have two children, both in their 20s. She also had three grandchildren.

Interestingly, Antoinette claims the officer who shot her sister was also one of her neighbors. Turner allegedly had previously claimed the officer/neighbor was harassing her. However, this has yet to be confirmed by other sources.

The officer who shot Turner is an 11-year veteran and has been placed on administrative leave while police investigate the matter.

Police confirmed that he was wearing a body cam during the incident, but that footage is unlikely to be released to the public.

Police Shoot and Kill 44-Year-Old Texas Mother as She Lay on the Ground Yelling “I’m Pregnant!” is a post from: Gossip On This – Pop Culture, News & Videos

May 15, 2019
Celebrity Gossip No comments Celeb
← Maleah Davis Family Spokesperson Says Missing Girl Was “Dismembered” After Stepdad is Arrested for Tampering With Corpse Money Moves: Beyoncé is $300 Million Richer Thanks to a Deal With Uber →