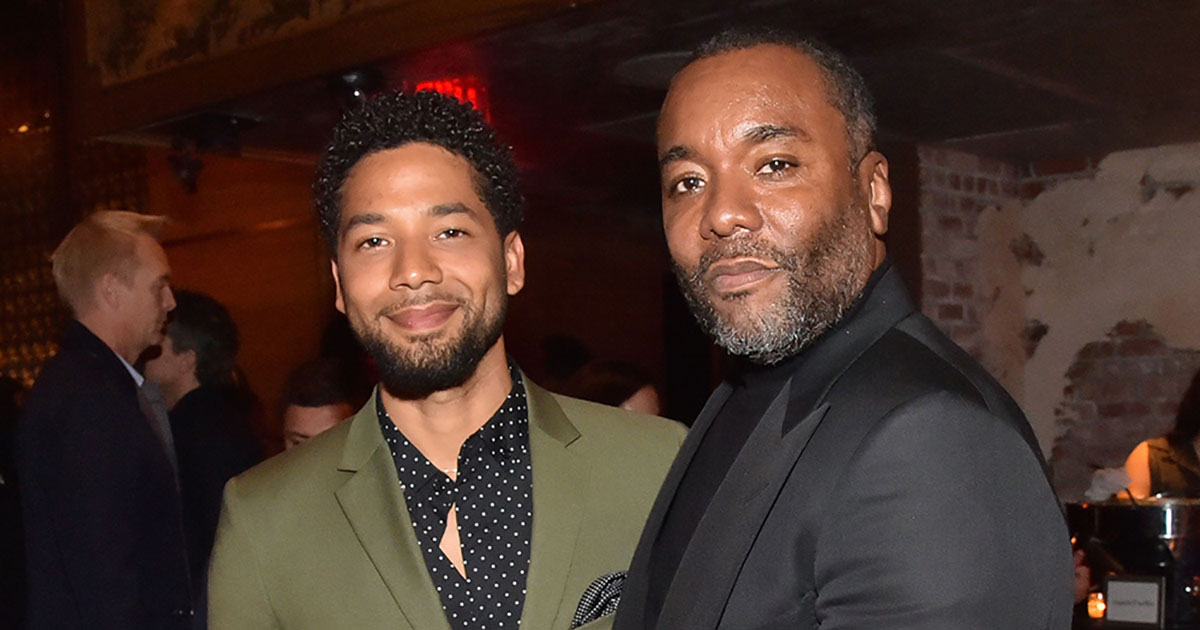 When Jussie Smollett alleged that he was assaulted for being black and gay on that cold, wintry Chicago night, there was no louder voice rallying to his side than that of Empire showrunner and co-creator Lee Daniels.

As a black gay man himself, he saw in that situation a version of himself and felt a kinship with the young actor over his alleged trauma.

At the time of the attack, Lee posted this now-deleted video diatribe about the situation:

“It’s taking me a minute to come to social media about this, because Jussie, you are my son. You didn’t deserve, nor anybody deserves, to have a noose put around your neck, to have bleach thrown on you, to be called ‘Die f**got, n***a,’ or whatever they said to you,” Daniels said.

For a while there, it looked like Lee was sticking by Jussie’s side through thick and thin, but in an interview with Vulture, Daniels came clean that Jussie’s story might not have been all that it appeared to be with Smollett’s fairytale.

Vulture: The reporting that’s emerged about the Jussie Smollett case suggests that he faked a racist, homophobic mugging in order to get paid more money on Empire. You initially publicly supported his story. Are you embarrassed?

Vulture: Knowing Jussie, would you have suspected this from him, or did this come out of the blue?

Vulture: It’s got to feel like a huge betrayal.

Daniels: If it turned out that he did it, was guilty, and all of it’s accurate.

Vulture: Wait, there’s really doubt in your mind that he didn’t make the whole thing up?

Daniels: Of course, there’s some doubt. I’m telling you that because I love him so much. That’s the torture that I’m in right now, because it’s literally if it were to happen to your son and your child, how would you feel? You would feel, Please, God, please let there be that glimmer of hope that there is some truth in this story. That’s why it’s been so painful. It was a flood of pain.

This is the first that we’ve heard anyone from Empire openly state that something in Jussie’s milk might not have been clean.

So far, his castmates have expressed solidarity or remained mum on the subject. But the decision to remove him from the show for the final season was a strong non-verbal sign that he’d lost the support and confidence of the show anyway.

Even more shocking, it seems like Daniels is no longer on speaking terms with Jussie due to the drama and controversy surrounding Jussie’s alleged assault that the Chicago PD maintain was a made-up stunt for attention and money.

Vulture: Did you read the Chicago Tribune‘s coverage of it?

Daniels: I didn’t read any of it. I was too busy putting out fires.

Vulture: Because to me, the Tribune‘s reporting didn’t leave much in the way of doubt about its being anything other than a hoax. What would the scenario look like of him telling the truth?

Welp. Looks like Jussie’s supporters have really begun to thin out, which has to be wearing on him heavily. And something tells me it’s not leading to deep self-reflection and introspection and growth, but instead feeding into his narcissistic and entitlement tendencies.

How long do you think it’ll be before Jussie teams up with Monique for a “F**k Lee Daniels” social media rant or TMZ Live interview?

Lee Daniels Says He’s “Beyond Embarrassed” for Supporting Jussie Smollett & They’re No Longer on Speaking Terms is a post from: Gossip On This – Pop Culture, News & Videos

June 14, 2019
Celebrity Gossip Comments are closed Celeb
← Miley Cyrus Takes Back What She Said About Hip-Hop: “I F**ked Up and I Sincerely Apologize” Baby Cut from Slain Mother’s Womb Dies Two Months After Brutal Attack →