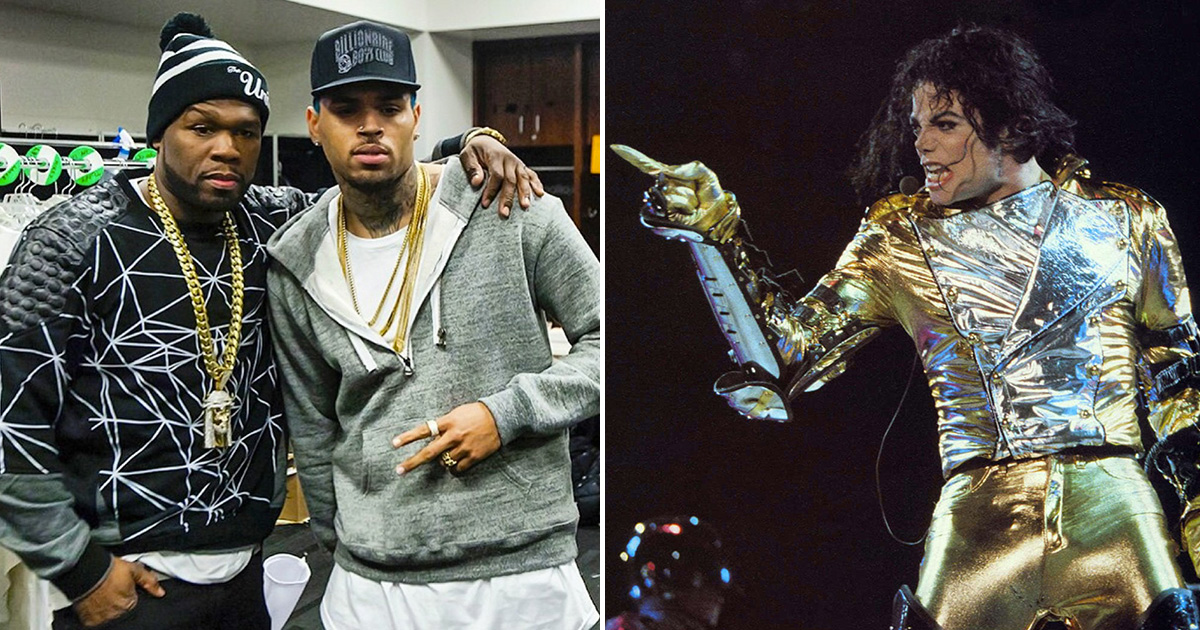 50 Cent says there’s a new King of Pop in town, and his name is Chris Brown.

In a post on Instagram Saturday (Aug. 31), the Power executive producer reposted a screenshot of Brown’s recent stats, which state that he is now the seventh best-selling singles artist of all time after selling 69.5 million singles in the United States and totaling more than 100M RIAA certified units.

Fiddy also made a bold statement, saying that, in his opinion, Brown is better than Michael Jackson. “CB better then [sic] MJ to me now,” he opined.

The rapper also took a shot at MJ, referencing allegations made against the late legend in the controversial HBO documentary Finding Neverland.

CB better then MJ to me now, 🤔I can’t believe mike wanted to touch the little boys booty.🤦‍♂️what the fuck man. #lecheminduroi #bransoncognac

Unsurprisingly, fans (and even some celebs) didn’t appreciate the disrespectful remark against Michael Jackson, and many of them expressed their distaste for 50’s statement in the comments on the post.

“Sh*t not funny … not Mike my nixxa,” wrote one fan, while another added: “50 cent what we won’t do…is slander Michael Jackson.”

Another fan wrote: “Chris Brown wouldn’t even approve this bullsh%.”

Another commented: “Just congratulate CB and keep it classy. No need to disrespect the dead. #DoingTooMuch.”

Rapper Waka Flocka Flame wrote: “Sh*t not funny … not Mike my n***a,” to which 50 responded: “You don’t care about the kids man damn.”