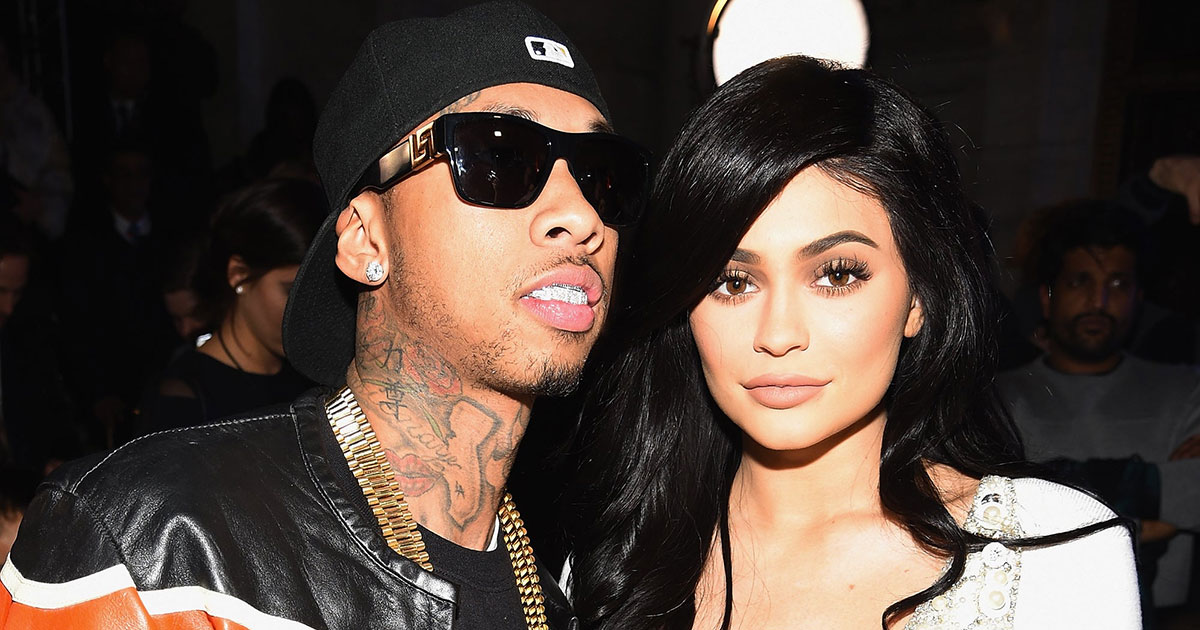 Not long after the news broke that Kylie Jenner and Travis Scott had broken up, Kylie reportedly went to see her ex-boyfriend Tyga late Tuesday night (Oct. 1).

According to the Daily Mail, after a night of partying with a couple of her girlfriends, Anastasia “Stassi” Karanikolaou and Kelsey Calemine, Kylie and co. “headed straight to the Sunset Marquis, where Kylie’s ex-boyfriend Tyga was working in the hotel’s recording studio.”

But before you get to thinking that Kylie wants that old thing back, a source told E! News that “nothing romantic is going on” between Kylie and Tyga. At least not now.

“Kylie wanted to have a girls’ night out last night and Stassie thought it would be best to get her out of the house and her mind off the news,” E!’s source explained.

“He was with a few of their mutual friends at Sunset Marquis and invited Kylie and her girlfriends to come hangout, since they were already out.”

The insider added that while Kylie and Tyga “have been in touch” since their breakup in 2017, they don’t really talk that often.

E!’s insider also made it a point to note that Kylie’s brief reunion with Tyga “wasn’t an intentional jab at Travis”

As for why Kylie and Travis have decided to take from their relationship after two years together, one source told People that the parents of 1-year-old Stormi Webster are simply on two different pages in their lives right now.

“There were several issues that made them decide to take a break,” People’s source said. “Kylie is all about family life and really wants a second baby.”

The insider continued: “She still has trust issues with Travis. He hasn’t been giving her the commitment that she needs. Travis isn’t ready to give her all that she wants.”

While the 22-year-old makeup mogul wants to get married and have more kids, Scott, 28, is focused on his music career.

People’s source added that Kylie looks up to her big sister, Kim Kardashian, for inspiration when it comes to relationship role models.

“Kylie looks up to Kim and really wants what she has with Kanye [West],” the insider said.

Kylie and Travis’ last public appearance together was back in August at the premiere of Travis’ Netflix documentary Look Mom I Can Fly. The pair also recently collaborated on Playboy magazine’s Pleasure issue.

Kylie and Travis have yet to publicly address their split and aven’t posted about each other on social media in weeks, however.

While they’re figuring out things as a couple, Travis and Kylie are dedicated to co-parenting their daughter.

“Kylie has been allowing him to see Stormi,” an insider told E! News. “She would never take that away from him.”

Kylie Jenner Spotted Hanging Out With Tyga After Travis Scott Break Up is a post from: Gossip On This – Pop Culture, News & Videos

October 3, 2019
Celebrity Gossip No comments Celeb
← You Big Dummy! Drug Dealer Arrested on Drug & Gun Charges After Stunting Too Hard on Social Media Chingy Says Tiffany Haddish Is Lying About Them Hooking Up in the Early 2000s: “She Used to Hook Up With My Brother, Not Me” →