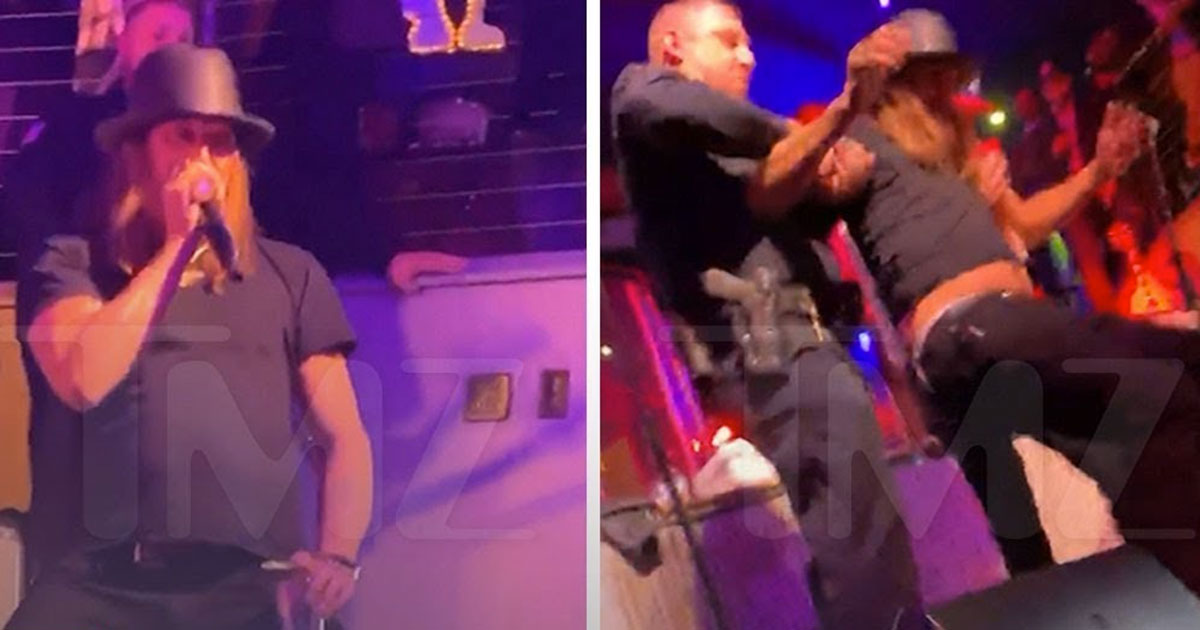 Kid Rock showed his whole entire A-S-S recently at a bar he owns and ended up getting kicked off the stage after going on a drunken rant about Oprah Winfrey.

Kid went on to say that just because he hates these people, especially Oprah, that doesn’t make him a racist, however, some people in the crowd disagreed.

Rock also seemingly offered an explanation behind his rant via Twitter, saying his beef with Oprah started when producers of her show asked him to “write down 5 reasons why [he] loved [Oprah].”

My people tried to get me to do The Oprah Winfrey show years ago and her people wanted me to write down 5 reasons why I loved her and her show…???? I said fuck that and her. End of story.

WATCH: Kid Rock Kicked Off Stage at His Own Bar After Drunken Rant About Oprah is a post from: Gossip On This – Pop Culture, News & Videos