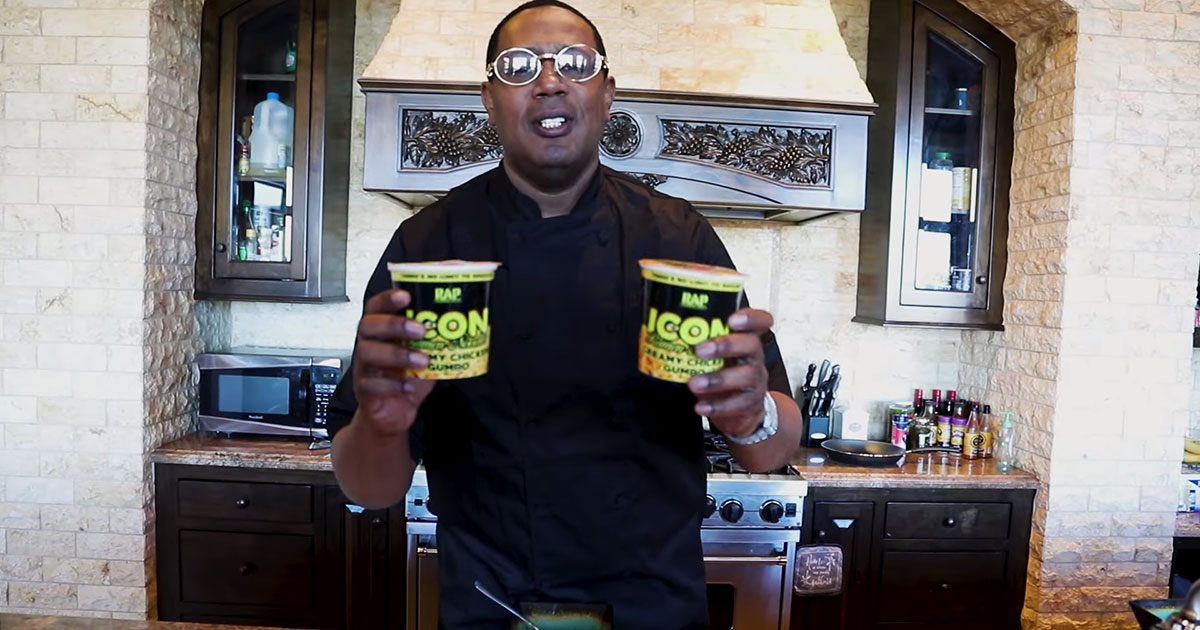 Master P is known for his business acumen, and it looks like he’s expanding his portfolio even further by launching his own brand of ramen noodles.

The hip-hop mogul took to social media Monday (Dec. 2) and shared a video of himself in the kitchen eating his recently launched ramen noodles brand called Rap Noodles.

“If you ain’t eating Rap Noodles, then you shouldn’t be eating noodles,” P said. “Cause this is the best of the best noodles. Those other noodle companies have nothing on us! We Rap Noodles … the King Kong of Noodles.”

He wrote in the caption of his post on Instagram: “Chef-Boy-Ar-P. I grew up on noodles now I created my own brand. Start small and build. Get you some product if you want to be successful. Its nothing like this New Orleans flavor creamy chicken and gumbo. You can cook it on the stove or you can put it in the microwave.”

Instant ramen noodles are the newest addition to Master P’s Rap Snacks line, which already includes potato chips, popcorn and cheese puffs. Fabolous, Lil Yachty, Cardi B and Migos are among the rappers who represent the brand.

Master P Launches Own Brand of Ramen Noodles Called “Rap Noodles” is a post from: Gossip On This – Pop Culture, News & Videos